In honor of the late Pierre Bézier and with the approval of his family, the Bézier Award was established in 2007 by the Solid Modeling Association (SMA) to recognize individuals or teams who have made long lasting contributions in Solid, Geometric, or Physical Modeling or in their Applications.

Solid, geometric and physical modeling have matured and came a long way since Pierre Bézier’s pioneering work in the 1950’s, resulting in a rich set of theories, mathematics and algorithms that define and manipulate representations of physical objects, of their properties, and of associated abstractions. These representations are intimately tied to processes (such as physical simulation, design, manufacturing, and analysis) and to application domains (automotive, aerospace, bio-medical, graphic arts, etc). These representations and the associated algorithms support the creation, exchange, simulation, visualization, animation, interrogation, and annotation of the digital models of the objects and their evolution. 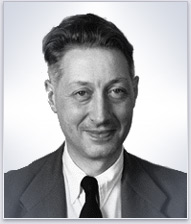 Pierre Bézier is one of the founders of the fields of solid, geometric and physical modeling. Beginning with his work on representing curves, and continuing through his work on one of the first CAD/CAM systems at Renault (UNISURF), Pierre Bézier led the transformation of industrial design and manufacturing, through mathematics and computing tools, into computer aided design and three dimensional modeling.

He made contributions to computer control, interactive free-form curve and surface design and 3D milling for manufacturing clay models and masters.

Bézier’s success exemplifies how a problem driven approach can ignite a flurry of research accomplishments in mathematics and computer science and lead to a profound transformation of a major segment of the industry.

2023 BÉZIER AWARD: Nominations are due TBD

The Pierre Bézier Award is the most prestigious award of the Solid Modeling Association. The award may be given to an individual or group of individuals nominated for contributions of a technical and leadership nature made to solid, geometric or physical modeling and applications. The contributions should be of lasting and major technical importance. The Pierre Bézier Award is modeled after the Association of Computing Machinery’s A.M. Turing Award, which also may be given to a single person for their lifetime achievements; or to a group of people for their particular result or accomplishments.

Individuals or teams can be nominated. All nominations received in the current year and top nominations retained from previous years (upon recommendation from previous years committees) will be rigorously reviewed by the Pierre Bézier Award jury. The individual awardee or team will be chosen by the Pierre Bézier Award Committee based on the strength of the nomination dossier and possibly the inputs of the external referees that the committee may contact. Joint nominations, submitted jointly by several nominators of international stature, are encouraged.

Nominations should be prepared using the Pierre Bézier Award nomination form, which is available as a fillable PDF form.

Please change the file name for the completed form using the nominee(s) name(s) (e.g., “Bezier_nomination_John_Smith.pdf”) and send it by e-mail to the SMA Executive and Awards Committee Chairs. For the e-mail subject line, please use “Bezier Award Nomination”. The e-mail should be sent from the e-mail account of one of the nominators. All other nominators (if any) should be CC-ed. All nominators will receive an acknowledgement by e-mail within 72 hours of the nomination.

Please send your nominations or questions for the Bézier Award in 2023 to Morad Behandish (moradbeh@parc.com).