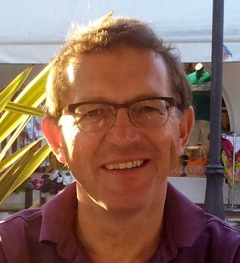 Wim Bronsvoort has been working on solid modeling for over 35 years, most of the time as associate professor at Delft University of Technology in the Netherlands, and has contributed to the field in many ways. His research initially focused on direct display algorithms for solid modeling, which generated images directly from CSG and generalized cylinder models, without first converting the model into a boundary representation. It resulted in seven publications in major journals, and his PhD thesis in 1990. In the nineties, he switched to feature modeling. Major topics were multiple-view feature modeling, in which several application views on a product model are simultaneously maintained with feature conversion, and semantic feature modeling, in which the validity of feature models is maintained during the whole modeling process with constraint checking and solving. Some other topics were assembly, collaborative and freeform feature modeling. Much of this research was groundbreaking, and has resulted in numerous publications with high impact in major journals and conference proceedings. Wim was co-founder of the Solid Modeling Association, and member of its first executive committee from 2001-2005. He has been paper co-chair of the Solid Modeling Symposia in 1997 and 1999, and of the first SIAM/ACM Joint Conference on Geometric and Physical Modeling in 2009. In addition, he served as member of the editorial board of several journals, in particular Computer-Aided Design, Computer-Aided Design and Applications, Graphical Models and International Journal of Product Development, and as co- chair and member of the program committee of many other conferences. 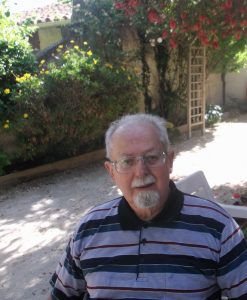 Together with Michel Théron and Paul Louis Untersteller , Jean-Marc Brun was at the origin of the solid modeler EUCLID (1970). Through the creation of Datavision, 1979, ( Matra Datavision), this highly original system was one of the 1rst commercial solid modeler. It included a visionary design that could be called today object oriented. It was based on the dual use of CSG and Brep, and made use of an interactive command language, together with a rich graphics interface (while all the existing systems up to the late 80’s were only menu driven). As the CTO of Matra Datavision he greatly contributed to the expansion of CAD in Industry in Europe and the US. He always invested his time in research and teaching. He created a second company, Coretech Int. in 1988, devoted to advanced problems such as CAD repair and feature recognition. As a researcher and full professor first at the Université Claude Bernard, Lyon and then the Université de la Mediterrannée , he founded two important CAD labs. He directed many students and trained many collaborators who are to today in key positions in faculties (in Europe, America and Asia) or industries (such as Dassault Systems) . His research, always motivated by real life challenges impacted very difficult problems related to complex geometric modeling issues. 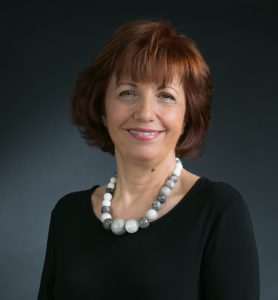 Leila De Floriani has been working in geometric and solid modeling since 1983. In 1990 she funded the Geometry and Computer Graphics group at the University of Genova and started the first Computer Graphics curriculum in computer science in Italy. Over the years her research has focused on effective and efficient combinatorial representations for geometric objects, and on shape analysis based on graph theory and combinatorial topology. Her first fundamental contributions have been in feature-based modeling and understanding. She has developed a topological approach to form feature identification and recognition based on k-connectivity properties of a graph-based boundary representation, which has been the basis for many subsequent works in feature-based design and manufacturing. Her interests in topological methods have led to her recent contributions in topological big data analysis and in topology-based visual analytics. Leila De Floriani has been a pioneer in Level-Of-Detail (LOD) modeling for 3D shapes, terrains, and volume data. Her work has been very relevant in view-dependent rendering of scenes and terrains, in terrain modeling and in scientific data visualization. In addition to her technical contributions, she is recognized for her role in the foundation of the field in Italy, for her successful training of young researchers, and for her leadership in visualization and computer graphics. She served on more then 150 Program Committees of the major international conferences and on the Editorial Board of international journals in the field. She is currently the Editor-in-Chief of the IEEE Transactions on Visualization and Computer Graphics. 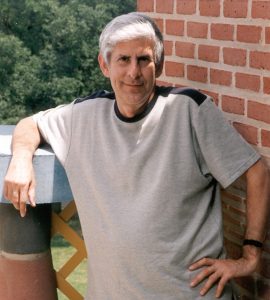 Ron Goldman is a Professor of Computer Science at Rice University in Houston, Texas. Professor Goldman received his B.S. in Mathematics from the Massachusetts Institute of Technology in 1968 and his M.A. and Ph.D. in Mathematics from Johns Hopkins University in 1973. Professor Goldman has published approximately 200 articles in refereed journals and conference proceedings, and he has presented over 150 talks at international conferences. He has also written two books on Computer Graphics and Geometric Modeling: Pyramid Algorithms: A Dynamic Programming Approach to Curves and Surfaces for Geometric Modeling, and An Integrated Introduction to Computer Graphics and Geometric Modeling. Dr. Goldman’s interests are eclectic and his productivity prolific. His work includes seminal research in computer aided geometric design, solid modeling, computer graphics, algebraic and differential geometry, approximation theory, and Clifford algebra. His papers span the full range from theoretical foundations to practical applications, and his long career spans both industry (10 years) and academia (27 years). Among his many achievements, Dr. Goldman was one of the early industrial pioneers in both surface and solid modeling. He also helped to initiate the use of techniques from algebraic geometry in computer aided geometric design, and he has done yeoman work on applications of elimination theory to geometric modeling. Dr. Goldman also helped bring to light the deep connection between fractals and splines, as well as the link between iterated function systems and recursive subdivision algorithms. Professor Goldman has organized or chaired 10 international conferences on geometric modeling, and he collaborated with and influenced most of top people in his field. 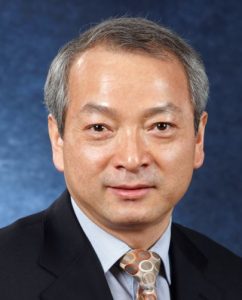 Prof Myung Soo Kim is working in the area of geometric modeling for about three decades. Starting in the area of robotics and configurations spaces, he is considered one of the first and leading researchers in the area of spherical motion planning and the use of quaternions in rigid motion design. In the early 90’s, he examined problems related to freeform splines in relation to brush strokes’ simulation in virtual painting and font design, deformations, and generalized cylinders. Since the late 90’s, he continued to explore computational geometry related problems over freeform geometry and that includes offsets and sweeps of freeform curves and surfaces, bisectors, Minkowski Sums, Voronoi diagrams, kernels and convex hulls, and special cases of surface-surface intersections. Prof Kim is one of the leaders in designing highly efficient algorithms toward computational geometry processing and examples include offset approximations using bi-arcs, trimming of self-intersection in offsets, continuous collision detection of moving objects, and tight collision detections using hierarchical bounding volume hierarchies (BVH), including his well-known result that is based on coons patches BVH. In the early 2000’s, he was selected as one of three authors to edit the “Handbook of Computer Aided Geometric Design”, together with Gerald Farin and Josef Hoschek. 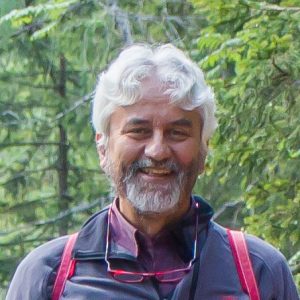 Alberto Paoluzzi is currently a Professor of Computer-Aided Design in the Department of Mathematics and Physics of Roma Tre University. The persistent theme of Paoluzzi’s research has been a quest for simplification and multidimensional generalization of geometrical methods and algorithms in solid modeling, as a basis for fast implementation of robust geometric languages and systems. Notable milestones in this quest include the finite evaluation of integrals of polynomials on triangulated domains; the “winged-triangle” supporting Boolean algorithms at the core of the “Minerva” solid modeler on personal computers (1985- 1995); the “winged” representation of multidimensional triangulated spaces; several generalizations of BSP-trees as solid representations. These and other ideas provided foundation for the design language PLaSM, developed in the nineties, as a geometry-oriented extension of the Backus’ FL language, with various implementations of its kernel in Common Lisp, Scheme, C++, interfaced from Python. PLaSM is now used widely for teaching programming and geometry to students at all levels in K-12 schools and universities, and by researchers as a powerful tool for fast testing of geometric algorithms and data structures. Alberto’s multi-decade-long work culminated in LAR (Linear Algebraic Representation), a sparse-matrix store for chain complexes, that unifies the representation of meshes, solid and graphical models, and images. Lar is appropriate for implementation on geometric accelerators and document-based storage schemes. Alberto Paoluzzi authored 3 books, including “Geometric Programming for Computer-Aided Design” by Wiley, and more than 120 papers in international journals and conferences. 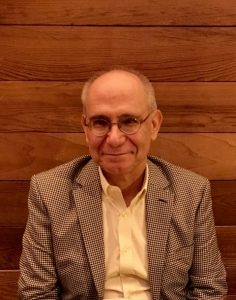 Professor Nicholas M. Patrikalakis has contributed to the advancement of the solid and geometric modeling fields over the last thirty years, devising new robust computational geometry solutions for the design, analysis and fabrication of complex structures bounded by sculptured surfaces. Dr. Patrikalakis’ work in solid, geometric and physical modeling has produced seminal research on the robust and efficient computation of all roots of a system of nonlinear polynomial equations in n variables, with manifold applications in surface-to-surface intersections for geometric modeling and CAD, global differential geometry, shape interrogation (medial axis transforms and their applications), and approximation of high-order and procedural parametric curves and surfaces for high accuracy data exchange, among many others. His recent work focuses on robotic path planning and shape reconstruction under uncertainty in complex environments. 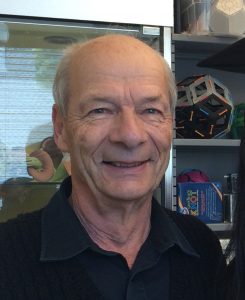 Carlo Séquin is a professor of Computer Science at the University of California, Berkeley. From 1970 to 1976 he worked at Bell Labs on the design and investigation of Charge-Coupled Devices for imaging and signal processing applications. In 1977 he joined the faculty in the EECS Department at Berkeley. Jointly with Dave Patterson, he introduced Reduced Instruction Set Computing (RISC). Since then he has concentrated on computer graphics, geometric modeling, and on the development of computer aided design (CAD) tools for circuit designers, architects, and mechanical engineers. In the 1980s he was a consultant on CAD systems at Computervision (Prime). Together with his graduate students, he published at the very first ACM Symposium on Solid Modeling Foundations and CAD/CAM Applications, has co-authored papers at several subsequent symposia, and been featured as an SMA keynote speaker in 2003. For the last two decades, he has collaborated with several artists and has developed CAD tools to build abstract, geometrical sculptures and mathematical visualization models. Dr. Séquin is a Fellow of the ACM, a Fellow of the IEEE, and a member of the Swiss Academy of Engineering Sciences. He has received the IEEE Technical Achievement Award for contributions to the development of computer-aided design tools and the Diane S. McEntyre Award for Excellence in Teaching. In 2016 he received the Berkeley Citation for distinguished achievement and for notable service to the University.