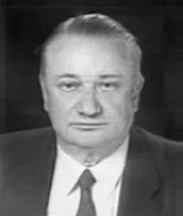 The Bézier award committee has chosen to award the 2012 Bézier Award to Paul de Faget de Casteljau for at least three fundamental ideas important in surface modeling. The first idea was the use of Bernstein polynomials as basis functions for parametric polynomial curves and surfaces. The second was the use of multilinear polynomials as a representation for these polynomials, providing a fundamental tool for understanding, and working with, splines. His third contribution was using this multilinear form to give an efficient and stable evaluation algorithm.

Paul de Casltejau’s contributions are less widely known than should be the case because he was not able to publish them until equivalent ideas had been reinvented independently by others, sometimes in a rather different form but now recognisably related. Because he was not permitted to publish his early work, we now call polynomials with a Bernstein basis “Bézier polynomials”, although Bézier himself did not use control points but their first difference vectors as the coefficients. We also call the multilinear polynomials ” blossoming”, following Lyle Ramshaw who in turn credited de Casteljau with the underlying “polar approach” to the mathematical theory of splines. We do call the algorithm for the stable evaluation of the Bernstein-Bezier form for polynomials “de Casteljau algorithm” although it is Carl de Boor’s more general result applying it to B-splines which is now widely used in CADCAM systems.

In the words of Pierre Bézier himself:
There is no doubt that Citroen was the first company in France that paid attention to CAD, as early as 1958. Paul de Casteljau, a highly gifted mathematician, devised a system based on the use of Berstein polynomials. … the system devised by de Casteljau was oriented towards translating already existing shapes into patches, defined in terms of numerical data. … Due to Citroen’s policy, the results obtained by de Casteljau were not published until 1974, and this excellent mathematician was deprived of part of the well deserved fame that his discoveries and inventions should have earned him.

Excerpt from: “The first years of CAD/CAM and the UNISURF CAD System” by Pierre Bézier, in Fundamental Aided Geometric Modeling, pp 13-26, Ed L. Piegl, 1993.
The award committee unanimously accepts this endorsement of Paul de Casteljau for the 2012 Bézier award and hopes this award might provide a little of that well-deserved fame albeit rather belatedly.